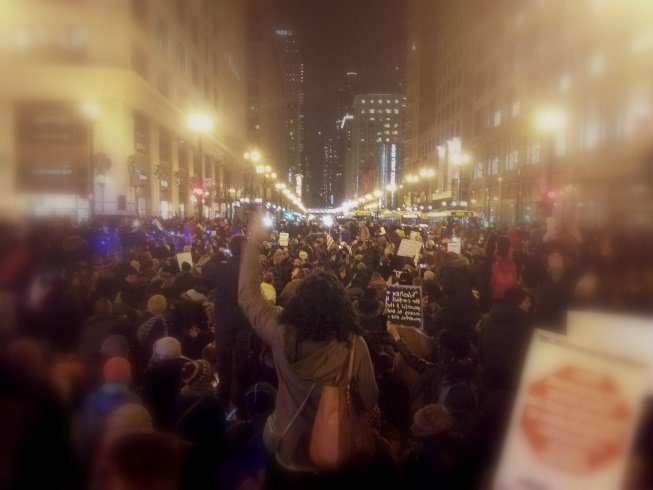 Westminster was brought to a standstill as hundreds took to the streets marching through central London to the Houses of Parliament.

The protests in London follow the fatal shootings of Philando Castile in St Paul, Minnesota and Alton Sterling in Baton Rouge, Louisiana, USA. Those deaths were followed by the reprisal shooting of police officers in Dallas, Texas by the suspect Micah Johnson who was himself killed by a bomb disposal robot in a first in US history.