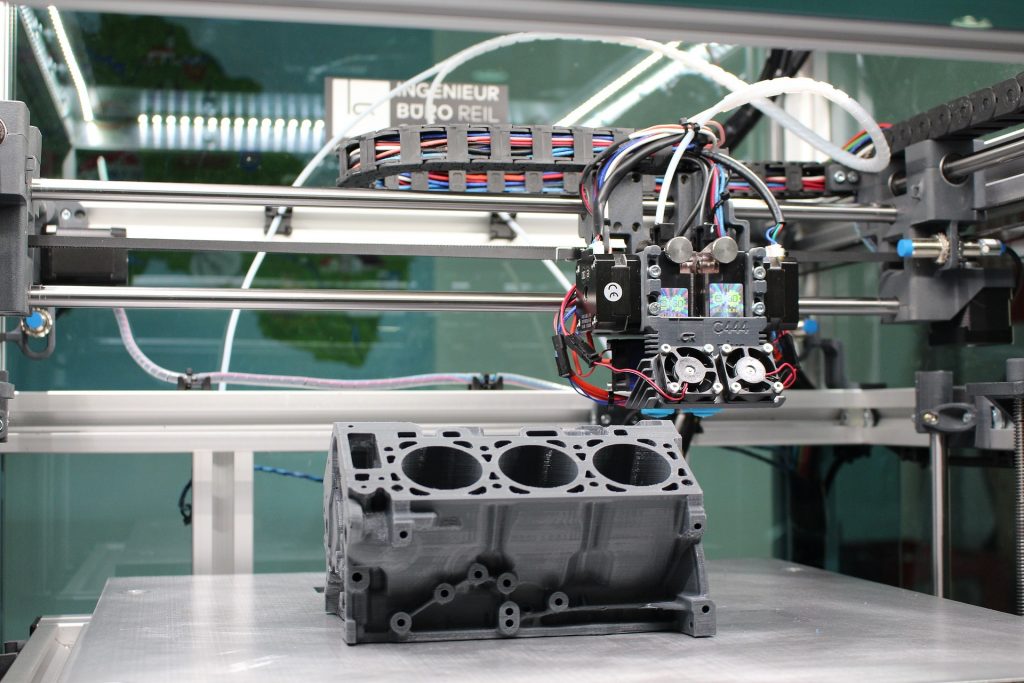 20th March, 2018 – From new legs for rescue dogs to 3D-printed electric cars, the use of additive manufacturing in an increasing number of industries has made 3D printing big news, recently. On Monday, Siemens announced the building of one of Europe’s largest 3D printing factories in Worcester, thought to create 55 new jobs by September. However, how many jobs have already been created in additive manufacturing in the United Kingdom, and which cities are benefiting the most? To answer these questions, Joblift has analysed the UK’s additive manufacturing job market in the last year, and has seen that despite a boost in the usage of 3D printing, vacancies have increased by just 25% of the UK’s job market as a whole, with the aerospace industry growing the fastest.

5,509 3D printing vacancies have been posted in the UK in the last 12 months. Despite cheaper materials and more widespread use, these vacancies have experienced an average monthly increase of just 0.7%, a fourth of the 2.8% average monthly increase in the UK’s job market as a whole. The minimal average monthly increase shows a stalling of 3D printing vacancies, possibly due to companies training and promoting employees in-house. Although vacancy growth has been slow, 3D printing positions have stayed active online for an average of 32 days. This is just one day longer than the 31-day average for the whole UK job market, a surprising feat for jobs advertising for highly skilled positions like additive manufacturing staff.

3D Printing Vacancies Rise 13 Times More in the Aerospace Industry, But Engineering Holds the Crown as the Top Employing Sector

The widespread potential of additive manufacturing has led to its usage in a variety of industries in recent years. Around 995 3D printing jobs have been advertised in the mechanical and plant engineering sector. The healthcare/dentistry and automotive sectors follow closely with 17.1% and 16.3% of the 3D printing job share, respectively. The aerospace & aviation sector shows huge progress, with 501 vacancies advertised and the largest average increase of 9.3%, three times more than the engineering sector. Rounding off the top five, with an average monthly increase of 8.9%, the education and training sector has posted 286 vacancies in the last year. In terms of professions, system developers and analysts are the most in-demand (532 vacancies), followed by programmers (398) and mechanical engineers (346). In addition, illustrators and designers (253) are requested in 4.6% of vacancies, with scientists rounding off the top five with 185 postings.

A Quarter of All Jobs are in London, But Two of the Top Ten 3D Printing Locations Have a Population of Less than 200,000 Inhabitants

London hosts the most 3D printing vacancies in the UK, with around 1,426 job postings being advertised in the last 12 months. Interestingly, Cambridge and Telford (both home to less than 200,000 citizens) ranked highly in the top ten. The rankings can be attributed to pharmaceutical company, Bespak’s Innovation Centre and research positions at the worldclass university in Cambridge, and Protolabs Ltd. In Telford. As a whole, the spread of locations in the top ten shows how decentralised the 3D printing sector is; 40% of the locations are in the West Midlands and 40% in Southern England, with Manchester and Leeds leading the way for additive manufacturing in the North of England.

Joblift is a job search platform providing candidates with the most intuitive and frictionless experience during the recruiting process. Joblift applies latest machine learning techniques and big data-based algorithms to offer the optimal match between employer and job seeker. Currently active in the US, the UK, Germany, France and the Netherlands, Joblift cooperates with over 4.000 partners to incorporate over 10 million vacancies on its platform. Joblift is a highly energetic and entrepreneurial team led by the experienced founders Lukas Erlebach (CEO), Alexander Rausch (COO) and Malte Widenka (CTO), who most recently held C-Level positions at companies such as Zalando, Amorelie and Frontlineshop.